Federal workers do a lot of things. They protect our National resources – the environment, mineral resources, parks, forests and wildlife reserves, archaeological sites, and government buildings. They explore space, the oceans, remote lands, and the human genome. They monitor our commerce, protect our food, build roads, maintain coastlines, and provide aid during national disasters. They take care of the poor, the disabled, the aged and our veterans. They deliver mail, regulate the public airways, collect taxes, and listen in our private communications. They represent us to other countries. They investigate crimes and enforce laws, both good and bad. They create and maintain a huge arsenal of weapons of individual and mass destruction. They fight wars. And, they cater to the whims of thousands of elected and appointed politicians, not to mention the population of the United States.

There are 4.2 million federal employees, civilian and military. By and large, federal employees don’t just work for the money. The pay and benefits are reasonable and the job security is usually good. But, there’s more to it. Most individuals enter the federal workforce because they want to be of service to their countrymen. Still, as with any job, there are aspects of federal jobs that can be demoralizing, debilitating, and downright dangerous. It is said that a satisfied and engaged workforce is a productive workforce. To that end, the federal Office of Personal Management conducts the Employee Viewpoint Survey (EVS) annually to see how morale is in the federal workforce. There are over 70 questions on the survey, gauging everything from job activities and engagement, co-workers, leadership and supervision, benefits, and of course, morale. The survey has been conducted biannually from 2002 to 2010 and annually thereafter. The next EVS will be conducted from April to June 2016.

So, here’s how federal employees have responded to Question 69 of the EVS – “Considering everything, how satisfied are you with your job?” – from 2002 to 2015.

From 2002 to 2008, the Bush years when Republicans controlled Congress, job satisfaction was fairly constant. During that period, the Iraq war began, Hurricane Katrina occurred, and some government jobs were contracted to the private sector (A76 competitions). Public trust in government fell steadily based on polls conducted by Pew Research.

Satisfaction rose significantly during 2008-2010 as Democrats took control of the government. The American Recovery and Reinvestment Act (the Stimulus), the Affordable Care Act (Obamacare), and the Telework Act were all signed into law, energizing federal employees. Public trust in government increased slightly. 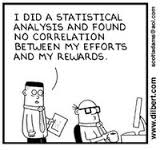 But satisfaction fell precipitously during 2011-2014 when Republicans took control of the House of Representatives. They initiated a three-year pay freeze on federal workers culminating in a shutdown of the government from October 1 through 16, 2013.

Satisfaction increased in 2015 but not even to pre-2008 levels. Pay raises were held to 1%, which was considered by many to be better than nothing.

Job satisfaction for private sector employees usually depends mostly on pay, working conditions (including the behavior of the boss), and job security. Only occasionally might upper management initiate some draconian policy or close a facility. Within the Executive Branch of the federal government, however, pay, working conditions, and job security follow strict rules so employees are treated fairly. What’s different is that there is a 535-member Board of Directors (i.e., Congress), that can and does meddle in even the most mundane of government functions. Apart from the more overt political gaming, like freezing pay and shutting down the government, a civil servant’s job may be made unpleasant because a politician wants a favor for himself or a constituent. It’s like having hundreds of bosses who you have to try to please.

In 2016, Republicans took control of the House of Representatives and Congress, adding greatly to the theatrics of the Presidential campaign. It remains to be seen whether Bernie Sanders will win the Democratic nomination and then the general election or whether the country will devolve into increased polarization and dysfunction caused by apathy, selfishness, ignorance, bias, fear, hate, and violence. Hopefully we’ll all be more satisfied after January 2017.

Charlie Kufs has been crunching numbers for over thirty years. He retired in 2019 and is currently working on Stats with Kittens, the prequel to Stats with Cats. View all posts by statswithcats

No, it’s not spelled wrong. I ran a company back in the late 1990s that specialized in analysis of environmental data. Terra (instead of tera) represented the environmental connection.

How to Tell if a Political Poll is Legitimate 

Four things to look for. Why People Hate Polls It’s probably true that everybody has taken a survey at some point or other. What’s also probably true is that most people think polling is easy. And why not? Google has a site for creating polls. Social media sites and blogging sites provide capabilities for conducting […]

Nine patterns of three types of relationships that aren’t spurious. When analysts see a large correlation coefficient, they begin speculating about possible reasons. They’ll naturally gravitate toward their initial hypothesis (or preconceived notion) which set them to investigate the data relationship in the first place. Because hypotheses are commonly about causation, they often begin with this least […]

Those who cannot remember the past are condemned to repeat it. George Santayana History isn’t always clear-cut. It’s written by anyone with the will to write it down and the forum to distribute it. It’s valuable to understand different perspectives and the contexts that created them. The evolution of the term Data Science is a […]

Many of us have had our personal information stolen from the Internet, some more than once. Even governments can’t prevent the thefts. Professionals who work with data come under a lot of scrutiny because of PII.

An anecdote is a kitten gently licking your face with a warm, wet,
raspy tongue. Big data is a three-inch, high-pressure, firehose held an arm’s length away. They have to be treated quite differently.

Whether you’re in high school, college, or a continuing education program, you may have the opportunity, or be required, to take an introductory course in statistics, call it Stats 101. It’s certainly a requirement for degrees in the sciences and engineering, economics, the social sciences, education, criminology, and even some degrees in history, culinary science, […]

Language isn’t very precise in dealing with uncertainty. Probably is more certain than possibly, but who knows where dollars-to-doughnuts falls on the spectrum. Statistics needs to deal with uncertainty more quantitatively. That’s where probability comes in. For the most part, probability is a simple concept with fairly straightforward formulas. The applications, however, can be mind […]

Sometimes you have to do things when you have no idea where to start. It can be a stressful experience. If you’ve ever had to analyze a data set, you know the anxiety. Deciding how and where to start exploring a new data set can be perplexing. Typically. the first thing to consider is the […]

When you take your first statistics class, your professor will be a kind person who cares about your mental well-being. OK, maybe not, but what the professor won’t do is give you real-world data sets. The data may represent things you find in the real world but the data set will be free of errors. […]